It was a big cooking weekend for Swamp Boys, competing in 3 different cooking competitions within 21 hot hours. It all took place at the “kidsPack Polk Project BBQ Throwdown” in Lakeland, an FBA sanctioned BBQ contest.

We started with round 1 of the “Battle at BBQ Junction” which is a “Chopped” style cooking challenge. We were given surprise ingredients from which we (Amy, Tammy, Robin, Woody and I) cooked lamb, Brussels sprouts, stuffed peppers, and spice cake to win over Sweet Smoke Q in a close contest.

This advanced us to the finals on Saturday which were to be right after turn-ins of the FBA contest. I didn’t do as well in the BBQ contest, getting just 2 calls which wasn’t going to cut it in this field. Almost immediately following the last turn-in we had the championship round of the Battle. Here we were paired against the other winner from Friday which was Big Tymers. My crew from Friday was unable to help me so I recruited Dennis from Everglades to help out and he did a great job. From the ingredients for the championship we turned in stuffed mushrooms, steamed broccoli with cheese, discada seared sea scallops, and apple strudel cake topped fresh glazed grilled pineapple. We pulled off the win giving us the GC for the “Battle at BBQ Junction” which was pretty cool. I’d not done that style of cook-off before. And the teams we beat ended up winning GC and RGC in the BBQ contest. Congrats to Big Tymers and Sweet Smoke Q on their wins! 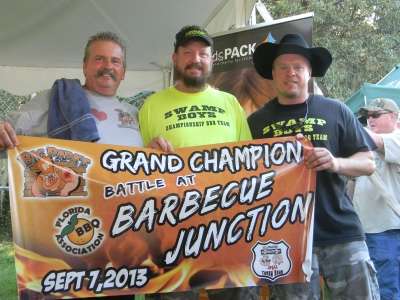 Got some great help from Dennis

This was also the contest that we were collecting the cans of Chef Boyardee to donate to kidsPack to help feed local homeless children on the weekends when they can’t get free meals at school. I put the call out to my friends on facebook and am very proud to say that the Swamp Boys Nation won this People’s Choice contest by donating over 830 cans, which was a whopping 64% of all cans donated! So proud to call everyone who donated my friend! This one is for the SBN! 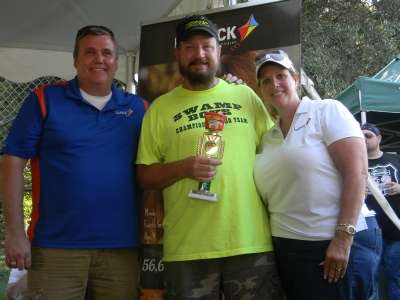 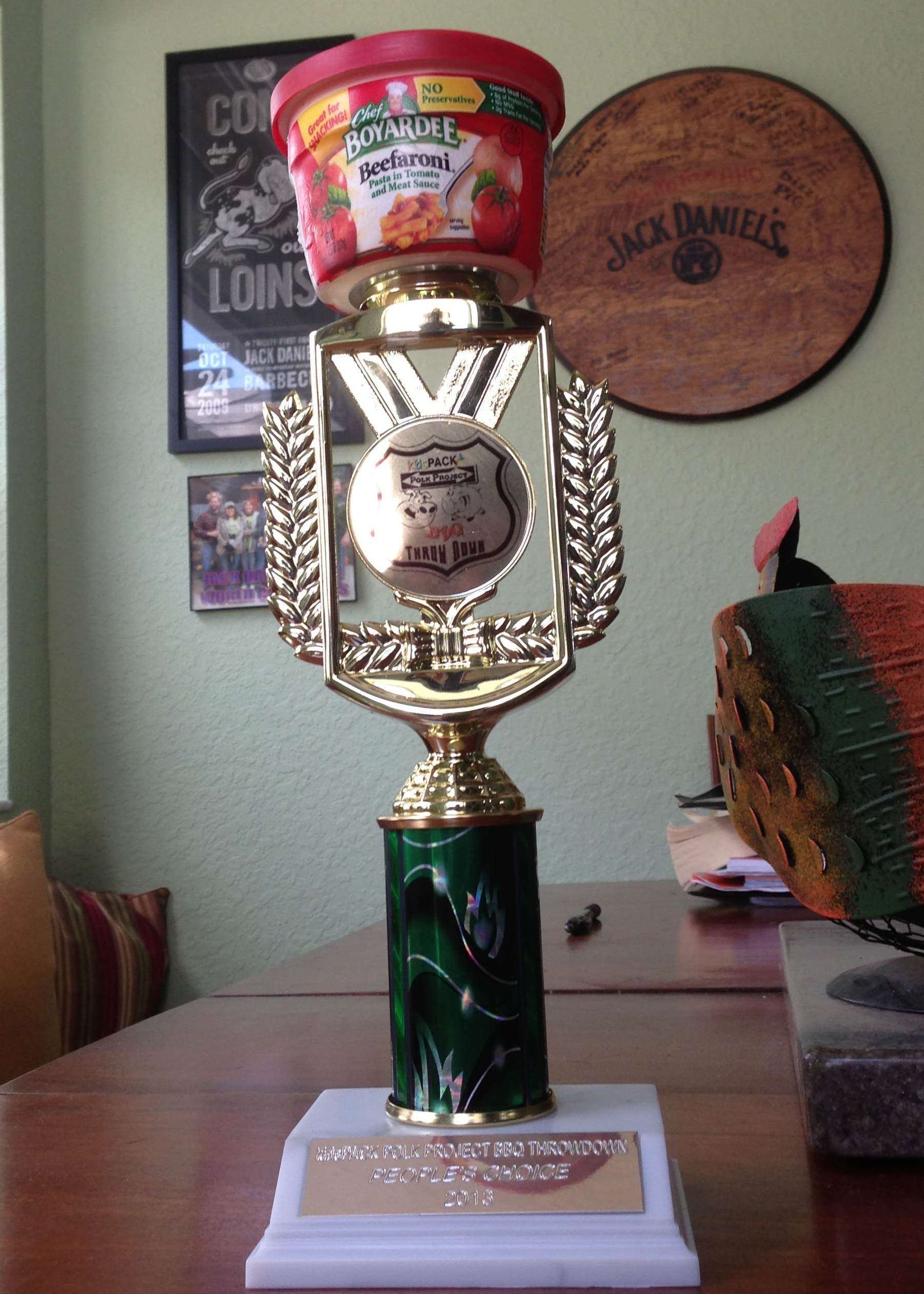