FUNDRAISER IS SOLD OUT! THANK YOU!

As an added bonus this time, if you donate and don’t win, I will discount your entry to the class by the amount you donated, up to $150! Sorry, not applicable to prior donations. Thanks for helping the kids and good luck!

This FUNDRAISER has closed, thank you for your support!

There are still seats available in the class, click here for more info.

I have one seat left for my March 2-3 Q School, and I’m using as an incentive to raise money for the Citrus Center Boys and Girls Club. My next class is being held March 2-3, but the winner can redeem it for any class in the future. Click the PayPal link to make a donation of $25 for the Winter Haven Citrus Center Boy’s and Girl’s Clubs. Each $25 donation will earn you a chance in a drawing for a free seat in my class which is valued at $500. This will stay open until it hits $1,000 for the kids. I will have a live Facebook drawing (Rub Bagby) and notify the winner. I will give a check for 100% of money donated to our Citrus Center Boys and Girls Clubs,  and Swamp Boys will cover the PayPal fees. Thanks for helping the kids and good luck!

Thank you to all who have contributed to the Citrus Center Boy’s and Girl’s Club. We were able to raise $850 that will be used right here at our local clubs. 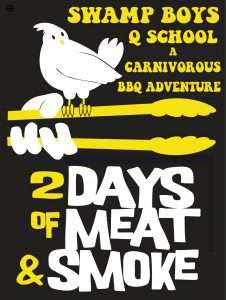 opportunity using the below PayPal button. Approximately 30 opportunities will be available. The goal is to get $750 to give to the clubs to help them along. All money collected will go to the Clubs. Swamp Boys will cover the PayPal fees. This is the same location the class is held. All monies benefit local Polk county children, including a number of my students. Once the goal has been reached there will be a live event on Facebook to see who the lucky buyer is.

Our secure credit card processing provider is PayPal, however, you do not have to be a PayPal member to order.  Just ignore the PayPal login box and continue where it says “Pay with a Debit or Credit Card”.

Thank you, all tickets for the drawing have been sold.

We had some friends over yesterday and I got to do a little grilling. It was a great day with great friends and family. Be sure to check the video at the bottom. 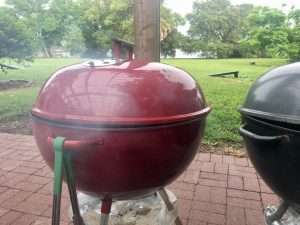 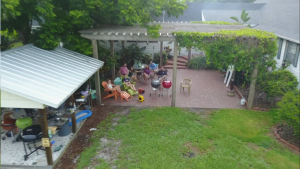 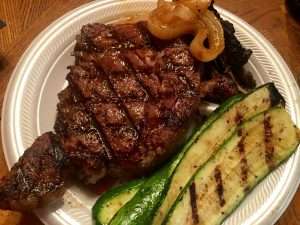 This Weber Smokey Mountain Cooker (aka WSM) is a unique and rare smoker that I have been fortunate to be involved with. It was a special project of the owner of the The Virtual Weber Bullet – the best resource for the WSM on the Web – Chris Allingham. He wanted to assist the people in Florida who were affected by Hurricane Charley* that hit in 2004. You can read the story of his build here. This is real porcelain just like the original, but in blue. Once his project was complete he auctioned it off on eBay, and made a very generous donation to the Red Cross with the proceeds. 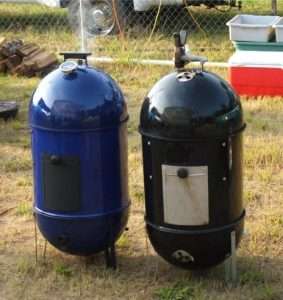 I took ownership of it on October 30, 2004. The winner of the auction was not interested in keeping it, he wanted it put to good use. I mentioned I could use it for cooking projects with the special ed kids I teach, so he delivered it to me at the Minneola Fall Fest, in Minneola FL. I was competing there in the Florida BBQ Association’s Florida State Championship. I used it with my students on a handful of cooks. I also competed with it once in Cusseta, GA, and once in Barnesville, GA,

After a few years I had a stickburner of my own and was using it most of the time with the kids. The WSM wasn’t getting much use. I asked my nephew if his Boy Scout troop could use it for camping etc. and of course the answer was yes. We agreed that if they no longer used it, the WSM would return to me. I knew it would be a part of WSM history, and I wanted to ensure it stayed alive. It was with his troop in Plant City FL for about 6-7 years. He eventually went off to college, so I asked about ol’ blue. I learned it had been retired from smoking duties and was parked behind his parent’s home outside. I rescued her about 2 years ago and she has been under my bbq shack staying out of the rain and sun since then.

For my project this summer I thought I would get her out and give her a thorough cleaning and sprucing up. With help and guidance from a fellow enthusiast, my project is complete. I think she is in great shape considering her age and history. The Two-Tone Blue is now ready for the next adventure, whatever that may be.

*Interestingly enough, we were hit by that hurricane , and also helped cook barbecue to aid those affected. 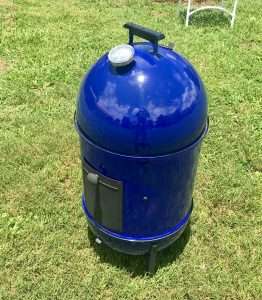 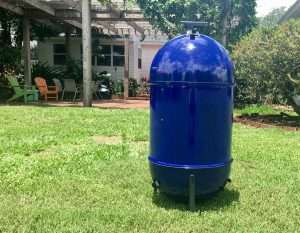 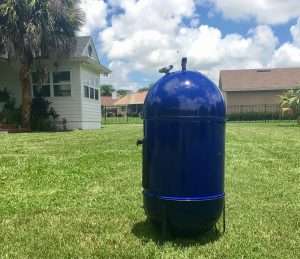 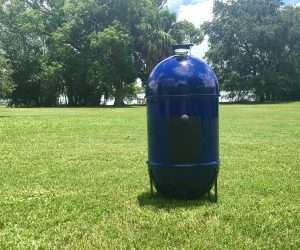 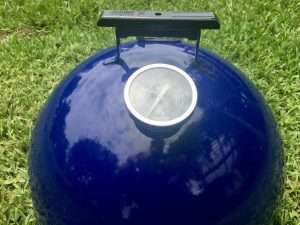 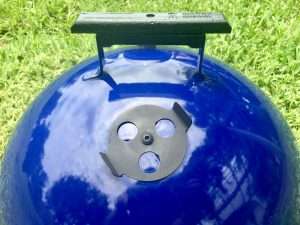 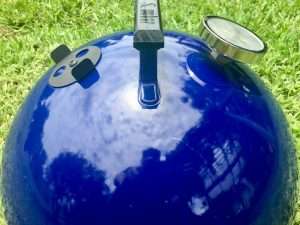 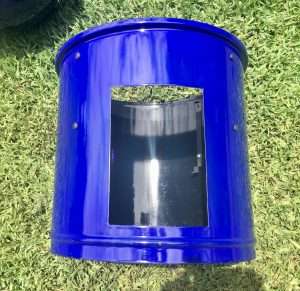 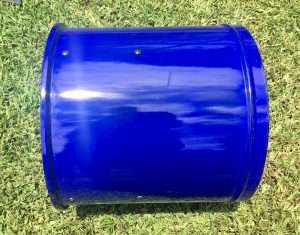 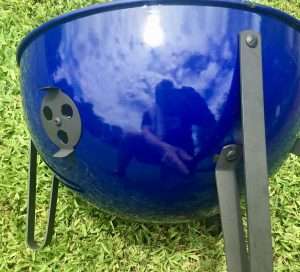 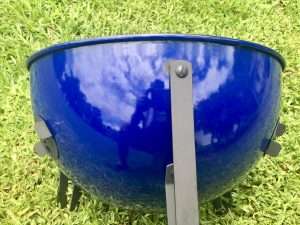 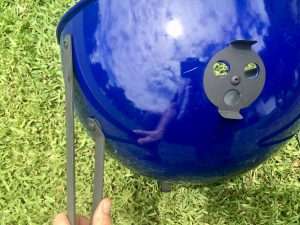 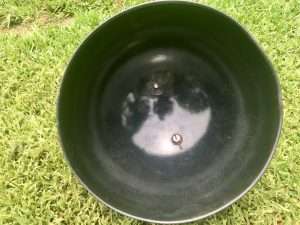 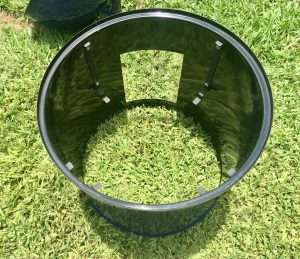 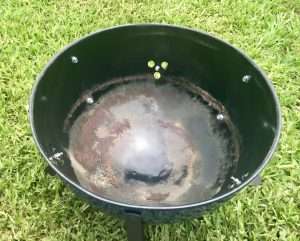 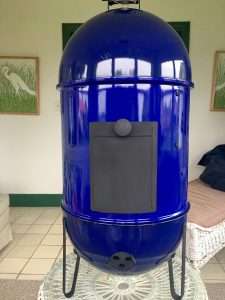