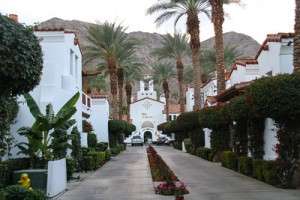 We were one of 24 teams from around the country to be invited by Sterling Ball and Big Poppa Smokers to compete in the $50,000 “King of the Smoker” at the beautiful La Quinta Resort in La Quinta, CA. This was the most amazing contest and fundraising event I have ever been involved in, hands down. In just it’s second year, Sterling and his crew have built King of the Smoker into the premier BBQ contest in the country in my opinion. This is not a slight at any other contest in any way whatsoever. King of the Smoker has the corporate support and sponsorships, as well as other resources available, and it all comes together as one incredible event. 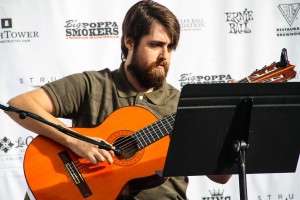 The Charities
There were two charities that benefited from this year’s contest. The primary one is The Casey Lee Ball Foundation, which is a nonprofit organization where 100% of every dollar donated goes directly to pediatric kidney research. Sterling donated a kidney to his son Casey at a young age and has since been raising funds for pediatric kidney research. A whopping $205,000 was raised for for this great foundation!

The second group benefiting was Operation BBQ Relief (OBR). From their web site, the vision of OBR “is to provide compassion and to offer hope and friendship to those whose lives have been affected by natural disasters across the United States through our expertise in cooking and catering barbecue meals and our ability to quickly mobilize our teams into any area where nature disrupts and tears apart the lives of Americans.” OBR is close to my heart, as friend Earl Sommers and myself both did the same thing here in Florida in 2004  when Hurricane Charley ripped through the state. We met up in hard-hit Arcadia with our smokers in tow and provided hot meals to the residents and rescue workers. I am not sure how much OBR was given (>$10,000) because BPS was matching donations and bumping up totals every time I turned around. Generosity was flowing!

The Contest
The BBQ contest was sanctioned under the KCBS Competitor Series guidelines. This gives the organizer the opportunity to tweak the rules some and in this instance I thought it was great. BPS provided the meat to each team via a blind drawing for one of the 24 identical coolers of meat. Each team was given 2 whole chickens, 3 racks of ribs, 2 pork butts and 2 Strube Ranch briskets. Another change to the rules was that no electricity could be a part of any smoker. This meant no pellet cookers, no Gurus, no rotisseries, nothing. It was “old school” at it’s best. The last change was that garnish was NOT allowed in the turn in boxes. In its place a piece of aluminum foil that was placed in the bottom of the box. Three changes that I really liked. Throw in 24 of the best teams from across the country and you’ve got one heck of a contest. 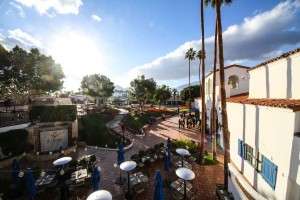 A view from where we were served breakfast.
photo by Jim Bloomfield

The Venue
The contest was situated at the beautiful Waldorf Astoria La Quinta Resort in La Quinta California. From their web site: “An original desert hideaway at the foot of the spectacular Santa Rosa Mountains, La Quinta Resort & Club has been the personal refuge for Hollywood luminaries and travelers [and their pets] from around the world since 1926. Remarkably secluded and personal, the resort’s masterful layout and hand-crafted hacienda style architecture feels all at once like a charming village and a luxury destination.” Definitely NOT the typical BBQ venue! 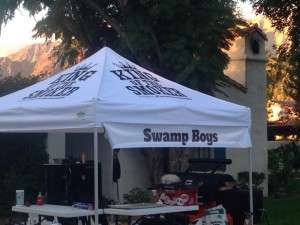 Our cook site. Right behind it is our casita, and in the background you can see the mountains.

Each team was given their own casita and their cook site was set up right outside the door. KOS EZ Ups with tables and other  supplies were provided for all. There was a huge team of BPS workers who were always moving about the grounds checking on and taking care of every team’s needs. Jessie Fleischman and Jody were tireless organizers and always had a smile no matter what. Like Sterling said many times over the weekend, they and their crews made him look good. We were never without for more than a moment. I have never been attended to so well, anywhere. Each team received a swag bag from Big Poppa Smokers which contained cool KOS shirts, visors, caps, etc. Then during the day Friday  Sterling came around to each team and presented them with a set of custom engraved Messermeister knives from Germany. 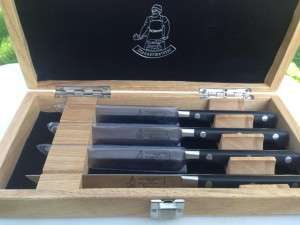 After the Contest
Saturday after turn ins Sterling and crew came around again, this time sharing boxes of custom made caramels. What made them extra tasty was that they were topped with some of BPS Jallelujah Bacon Jalapeno Salt. Talk about a great combination of flavors… 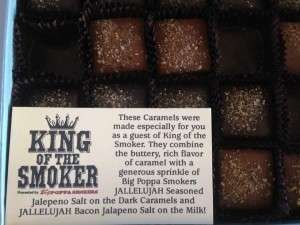 The first thing we did was pass out our left over turn in meats. The public got to try contest quality chicken, ribs, pork, and brisket. We were fortunate to be asked to be one of 10 teams to give a presentation to the public after turn ins. We got to pick our topic and seeing as how it’s the holiday season I chose turkey breasts. I gave out all of my BBQ Pitmaster tips and tricks and we sampled out some delicious bbq’d turkey to the public. We had a lot of fun doing it and met some really nice people.

Awards were at 6pm and were “Academy Award” style, meaning Sterling had no idea of the winners until he opened the envelope and called the team to stage. Swamp Boys were fortunate to hear our name called twice: first for 3rd place Brisket, and next for 6th place over-all. We were really excited for the calls, both because of the very tough competition and because the trophies are so cool! Big Poppa Smokers sells a popular kit that converts an empty 55 gallon drum into a great smoker. The trophies for KOS were very small yet fully functional versions of those smokers and we won 2 of them! 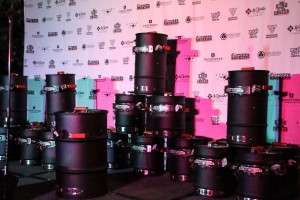 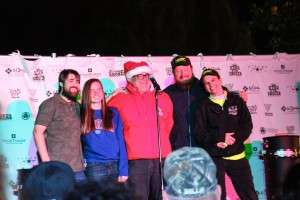 Final Thoughts
We had an amazing time on our trip to California. But as great as the venue was, as great as the treatment was, as great as the food and prize money was, those weren’t the best things for me. Oh they were amazing and much appreciated for sure! But to me the best part of the entire trip was the people, the friendships, and the camaraderie. Getting to know Sterling better. Seeing and hanging out with friends that I only see once a year. Sharing a sense of brotherhood with all of the other teams. Seeing Sterling’s vision of a bbq contest that not only caters to the teams, but also gives the general public the best bbq experience possible come together seamlessly. And being a part of it. Those are my big take-aways. Thank you for everything Big Poppa Smokers and Sterling.

Odds & Ends
A BIG THANKS to Andy Soto for hooking me up with a second smoker as well as lots of other bbq related items that made my trip that much easier. I owe you buddy.

Thank you to Jim Bloomfield for letting me use some of his great pictures.

I will probably be adding to this as days go by and I remember more. So much happened so quickly. 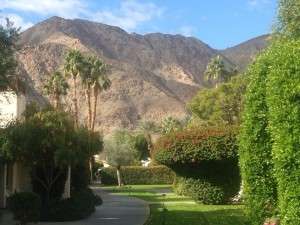 The view from just outside our front door. 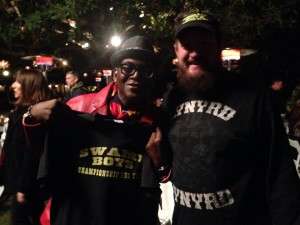 Met Randy Jackson Friday night. He said he liked my shirt so I gave it to him, dog. 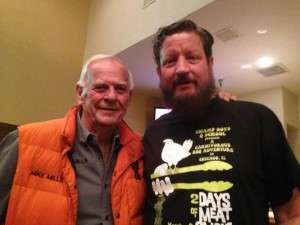 Swamp Boys famous Q School will be held in Clermont FL on July 12-13, 2013. This popular Barbecue class has been taught to hundreds of people from across the US as well as Canada and Brazil. Students will learn all of the techniques that we have used to win over 40 Grand Championships and over 30 Reserve Grand Championships. We cover everything from meat selection through turn ins, and everything in between. Great for beginners or for the Pro who’s looking to find those two or three tips that will elevate your barbecue to the top levels. Follow this link for an application: Summer Q School 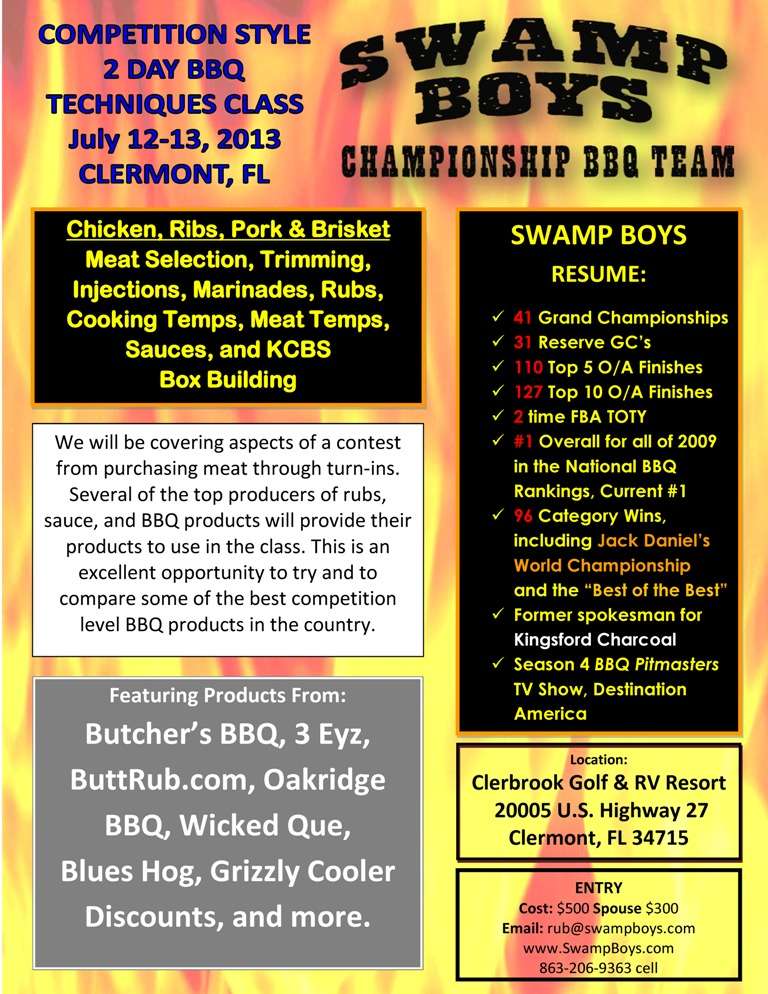 Swamp Boys has been selected as one of the teams competing on the Destination America TV Show BBQ Pitmasters! Details haven’t been released yet but as we can we will fill you in. Thanks to all of my sponsors who have helped us get to this point: BBQr’s Delight, Butcher BBQ, 3 Eyz BBQ, Wicked Q, and Grizzly Coolers!

Three Grizzly’s have made their way to central Florida and I love it. I received my coolers from Grizzly Coolers for Swamp Boys BBQ Team today and they are awesome! The build quality is the best, the gasket is really thick, the ice retention is longer, and the price is competitive (if not lower) than the competition. Not to mention they come in colors and have a LIFETIME warranty! 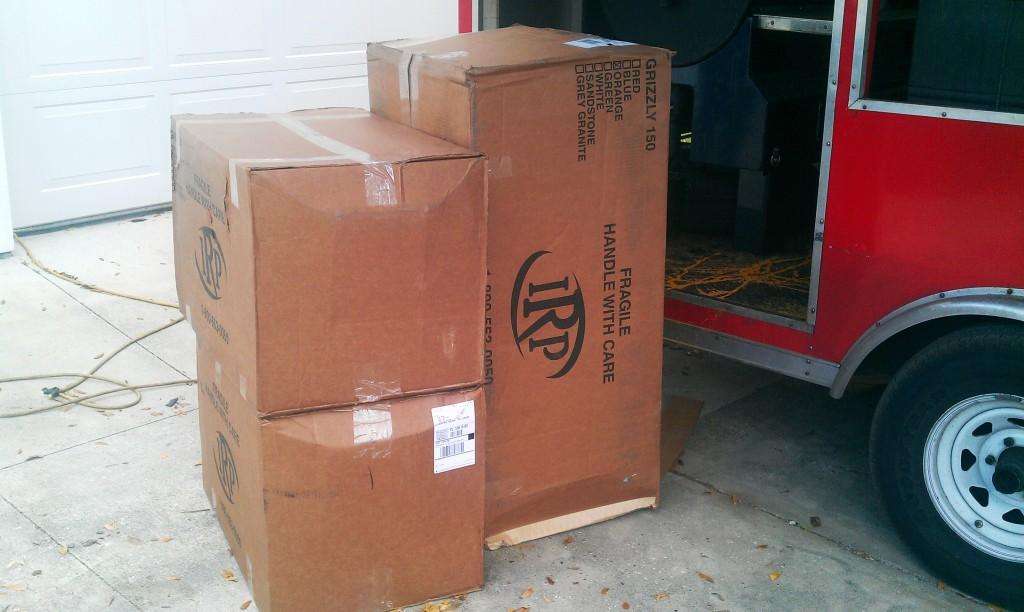 Waiting for me when I got home from work 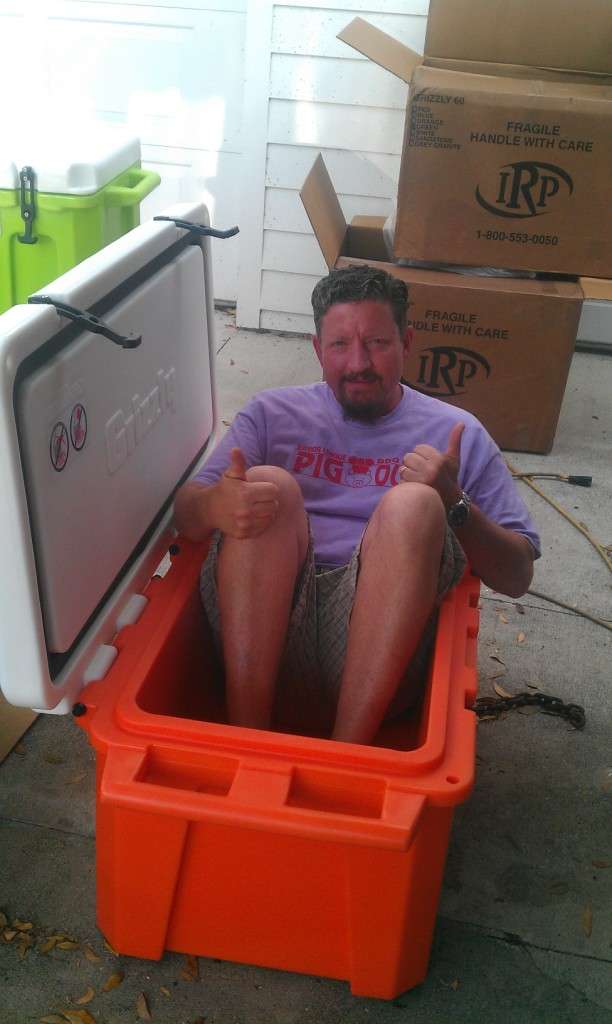 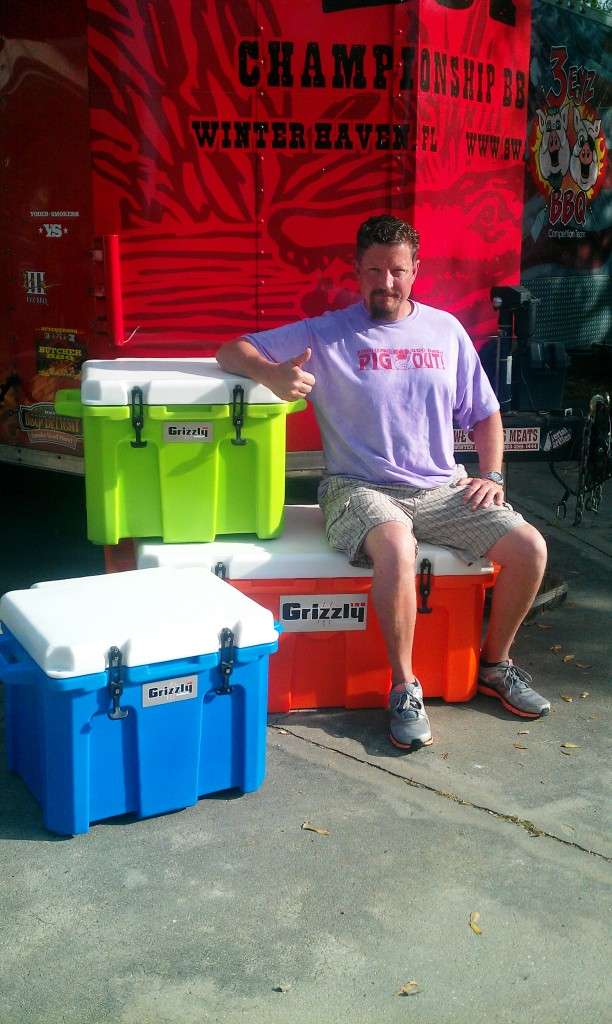 A big “Thank You” goes out to the crew at Grizzly Coolers who make these. It is so great to own quality products that are proudly made in the USA! Be sure to stop by my cook site and check them out for yourself. I also have a brochure you can have if you want one. Love these coolers!

I was contacted by the publisher of the National BBQ Rankings this morning to let me know that Swamp Boys had moved into the #1 spot in the nation. Out of over 8,400 pro teams. 🙂 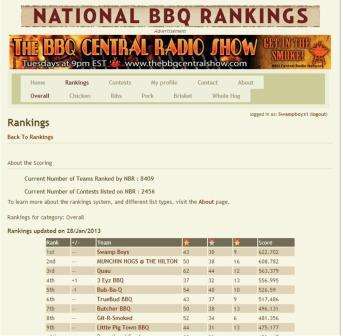